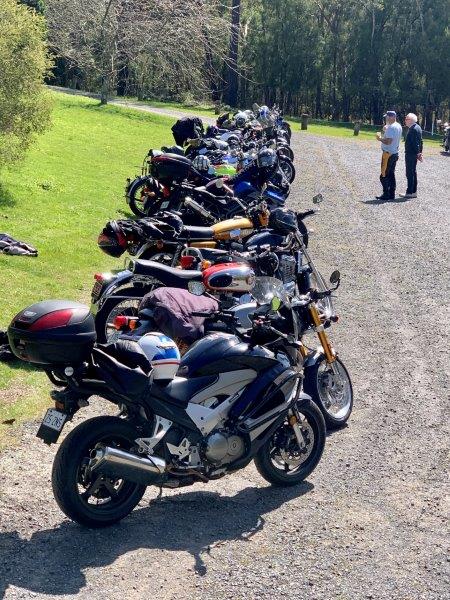 The weather gods smiled on our Club yet again with a mild start to the day and sunshine throughout.
The group gathered at Sugarloaf Reservoir for a short 70km ride designed for older bikes, followed by a BBQ and award presentation.
Prior to the ride, a briefing was given by Paul and the usual instructions provided for a group ride.

The riders left Sugarloaf and headed back towards Kangaroo Ground and Warrandyte. Being a sunny Sunday, there were lots of cars on the road and it didn’t take long for the group to become separated. But that was OK because the corner marking system ensured easy to identify turns. That was, until we got to Yarra Glen when things took a turn for the worst…… (Get it?) “Turn for the worst”.

Half way between Yarra Glen and Healesville, I sat on a corner for nearly 20 minutes until two riders, who had been previous corner markers, pulled up and suggested that we had lost the rest of the group. A quick phone call to Paul, who was already back at the Reservoir eating sausages and I was given permission to abandon my post. Otherwise I would still be there.
Luckily, I knew my way back and picked up my son who was waiting at the next corner, and we made our way back.

Fortunately, there were some sausages left, which we ate while we watched the last of the riders slowly straggle their way back. Followed by TEC Ian (Angus) with the trailer and one bike that had needed a rest.

Once everyone was back and re-grouped Snads had a few carefully chosen words to say regarding the group’s inability to follow simple directions. He then went on to give some presentations for the day’s attendees:

Too bad for those of us that had four cylinders. Wally suggested we should have pulled a plug lead off.

But not winning a prize is better than winning one and then losing it. Prize winners had the option to choose a bottle of red or white wine, poor Warren stowed his prize bottle in his jacket, only to see it slide through and smashed on the ground.

It was great to see so many new faces and some family members riding bikes today. My son Tom came along, as well as Paul’s son Jerome and Phil’s daughter Bonnie . My son-in-law Luke tagged along too, with my daughter Katrina as a pillion.

The club needs more young blood to supersede us oldies and keep Jimmy company when we are all gone.

It was a very successful day, and despite the “minor” hiccup with corners, was as well organised as we have come to expect for club events. 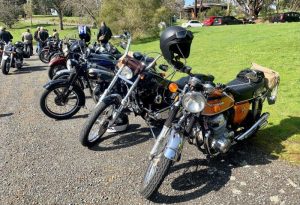 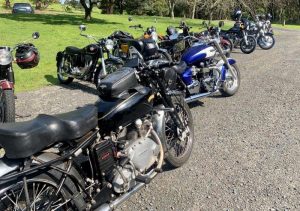 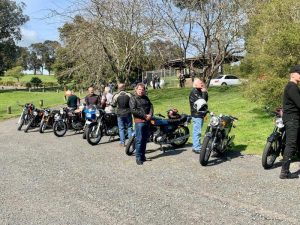 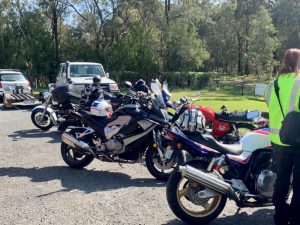 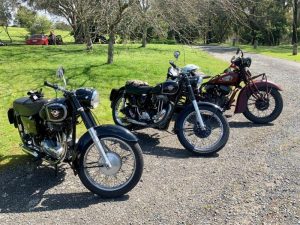 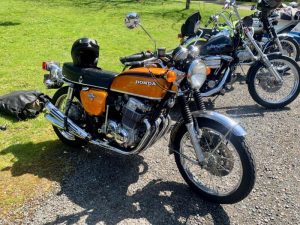 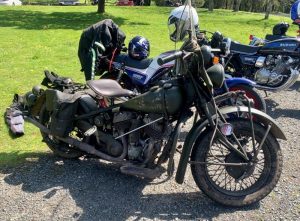 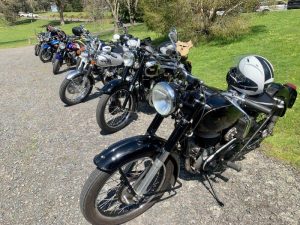 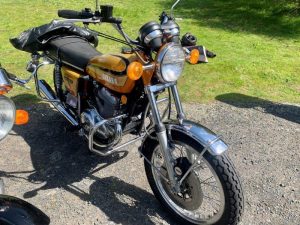 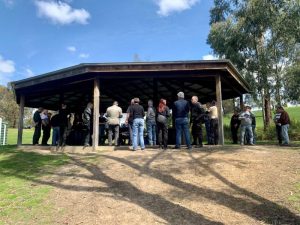