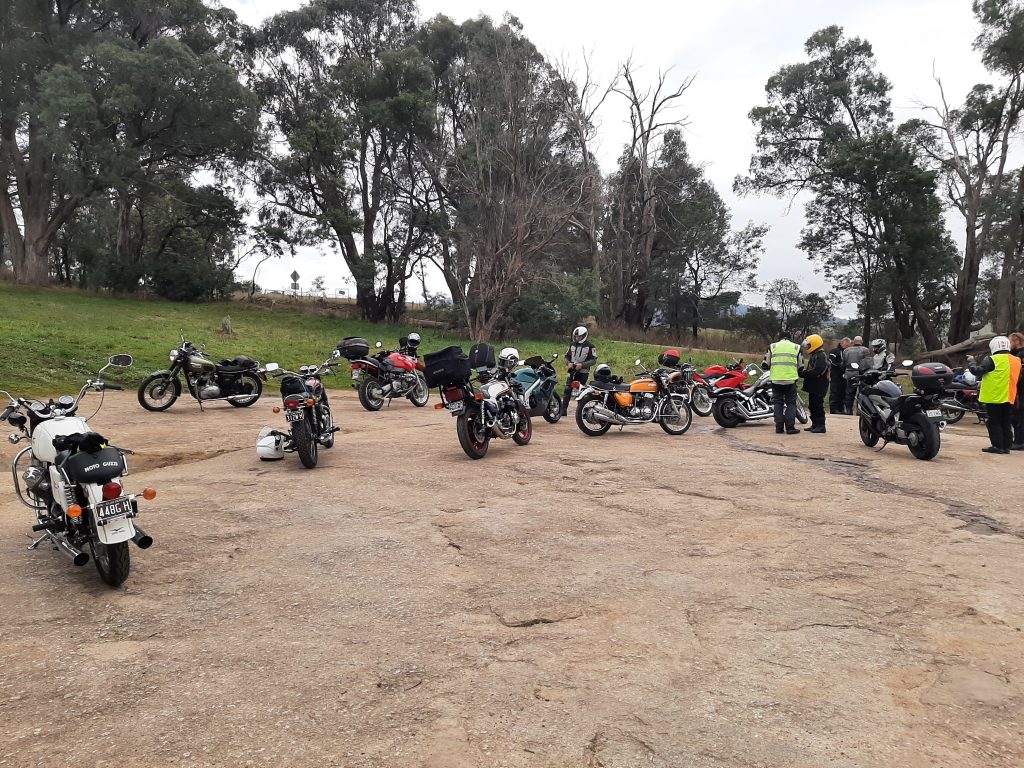 Well for those that did not come along to this eventful rally…… you missed out!!!!

We all gathered at the hotel on Friday, 16 in total including our long-time mate “Mr. Sat Nav”, Ed Sleightholm, and his wife Dawn who drove up to be part of the team and the good times.

The meal was enjoyable with a couple of beers, some red and white wine, then off to bed for some of us!!!

Saturday, the weather was fine a little cold but we all know what it is like at these rallies and we dressed accordingly. Putting on the thermals is another challenge, not as flexible as we were, well Paul Clayton was doing a “reverse pike with a twist” trying to get them on. That’s all I’m saying.

As always there are those that are ready on time and those that are not, Reg you have competition. Not that I mention names, however I will as its good for their souls;

Even though the ride briefing was put back to 9.30 am. Laurie had an excuse though he had locked himself out of the room and spent time chatting to a young lady who was helping him out……….. with what I don’t know!!!!!!!!!!!!! Was she the receptionist ??? what happens on a trip stays on the trip. While Greg was in and out of his room, adjusting “this and that”, looking for gloves and other pits and pieces while we all looked on. The last rider is ready!!!

At 10.00 am or thereabouts, we all left the hotel with our lead rider Club Captain James Linton, and Tail End Charlie Greg Costello.

Heading for morning tea, weather dry, we rode to Thornton, Alexandra, Yark, Merton, Polly McQuinns Falls where we had a brief stop, then on to Strathbogie, and then Euroa where we found a local bakery for some delights. All great roads with sweeping turns.

After morning tea we headed off to Highlands then supposedly to Yea for lunch howeverrrrr James’s Sat Nav took us to places not even Ed and Dawn had heard of and decided not to follow, bitumen was unheard of and at 400/500 meters in elevation even the cows and calves were confused to see these things jumping across corrugation, around potholes, with sheer drops either side……… What was happening??? It wasn’t James’s fault, that “Bloody Sat Nav”!!!!

After the last crossing, of a cattle grid, and entering a farm yard, James sought direction, the farmer came out and directed our leader to Yark. We were all comfortable with the trip!!!!! Just a normal ride. Some made comments about the bush track………. “Toughen up”!!! something to remember about the ride!

At Yark, we had lunch and then a nice ride on bitumen back to Alexander.

Saturday night, the rain did not stop, the wind was up and was not sounding too promising. Sunday morning a discussion was held over breakfast at the local corner store and it was decided to not to proceed with the organized ride. We all packed up and headed home.

Well-organized team, thanks to James who made this Brass Monkey Trip so exciting, leading us into unknown regions unseen before by most people apart from remote cattle farmers.

We all had a great ride, with many stories told and many to be told in the future. (Bring back Mr. Sat Nav. We need you, Ed) 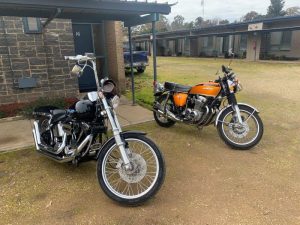 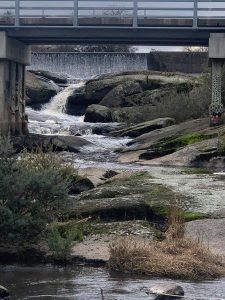 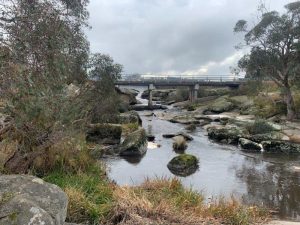 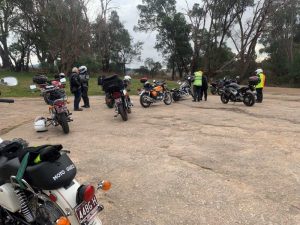 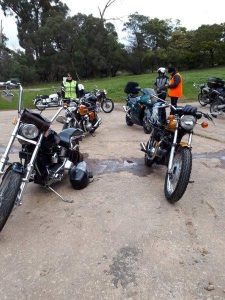 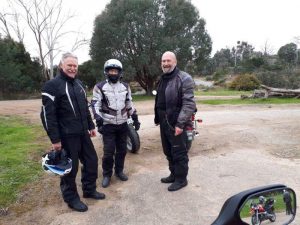 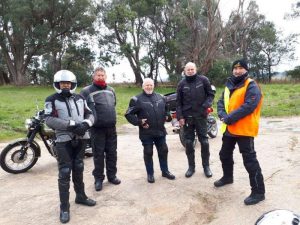 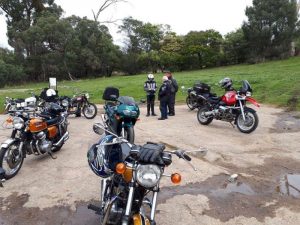 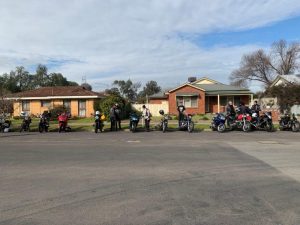 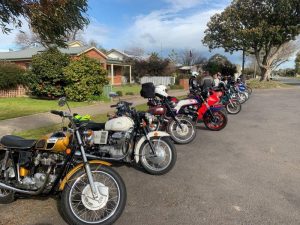 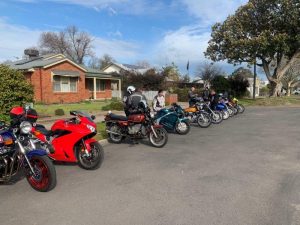 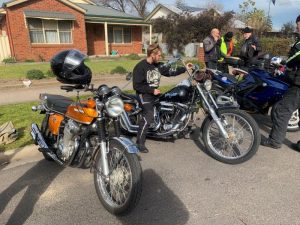 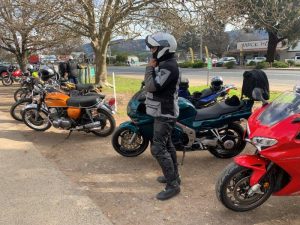 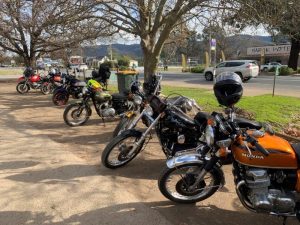 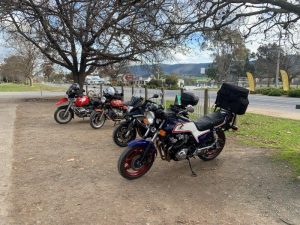