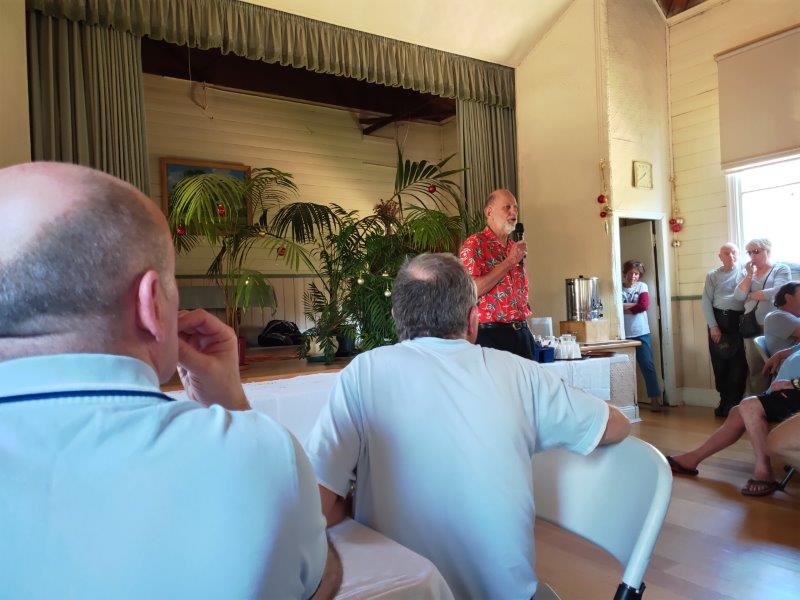 By the time you read this report about the CMCCV Christmas break-up shin dig, Christmas, New Years, Australia Day will have already long passed. And going by the speed that Aussie Post delivers our Sprockets, maybe even Labor Day and Easter as well!

The day started off with a group ride from Greensborough up to Broadford. With the forecast of clear skies and weather in the high 20s there was a good turn up of riders. In total 15 bikes and their riders made the start point. Colin & Julie (Sullivan) rocked up in their 1967 MG, which going by its size if it broke down I reckon it would have fitted on Ian’s (Bryant) trailer, who was performing back-up duties for the day.

The scheduled departure from Greensborough was 0930, but we were a little late leaving as Paul (White) and Ed (Sleightholm) were attempting some minor electrical work on Paul’s Bonnie. Being a fellow Triumph rider I was happy to wait, just glad it wasn’t my Triumph playing up today. As we stood around watching Paul trying to make sense of ‘Old Man Lucas’ handy work John (Best) quipped that he spent half his time inside that bloody headlight shell when he had his ‘69’ Bonnie, a statement I sadly could emphasise with.

With the electrical problems unable to be fixed but the bike still operational we headed off for Broadford to link up with the rest. The route was pretty direct, up pass Yan Yean Reservoir, through Whittlesea and Wandong and then to Broadford. The ride was trouble free with little for Graeme (Wilson) as TEC to do except round up the corner markers. On arrival at Gavin’s Hall we were greeted by quite a few other club members who had made their own way directly to Broadford, and more welcoming was we just on time for morning tea.

Being right beside the church we were a bit worried that the rumble of our old motorbikes would make us a bit unwelcome. But we had little to worry about as the vigour the church bell was rung to summon the believers in would not only drown out our bikes, but I think may have even woken a few past residence in the local cemetery!

With morning tea consumed and the congregation inside it was time for a ride. Being the Club’s Christmas function we were hoping for a ride led by Santa himself, but we had a pretty good substitute in Richard (Sommerville) leading us on his little red CB350 Four, as close to a sleigh as we were going to get.

The ride took us north from Broadford and then around to Tallarook for a schedule stop to stretch our legs and unstretch the bladders. From here we headed eastwardly making our way through Trawool with a scheduled stop at the Murchison Gap Lookout. The roads and the ride was excellent with a good combination of hills, twists and straights to open up the bikes.

Now having a few single bangers in the group the ride wasn’t without a bit of overtaking and some gestures of encouragement as the more able bikes flew by. But like the tortoise (1946 Ariel) and the hare (1970 Triumph) its not all about speed in reaching the checkered flag. Just ask our dear old-ish President when the Vice President’s TR6R in all its chromed glory tore past only to end up on the back-up trailer not long after. I guess all that new paint, polish and chrome is a lot heavier than patina, as the TR6R had a bit of an over heating issue and just couldn’t get up the hill to Murchison Lookout. After stopping to show a bit of empathy towards a fellow TR6R rider we loaded the bike onto Ian’s trailer. Now Ian is no stranger to the backup trailer (Bellarine Bash), and one way to avoid the indignity of having your bike end up on it is to be the designated driver!

We hung around at the lookout for 10 or 15 minutes taking in the view over the surrounding countryside before heading back to Broadford for lunch. Whilst we were out selfishly enjoying the ride quite a few hands were been busy preparing lunch. With the ride done and the bikes back at the hall it was time to eat! Lunch was enjoyed inside the hall with plenty of chatter amongst members. The President spoke a few words, especially about the Clubs 50th anniversary rally that will be held in March 2021 and the upcoming.

After lunch there was a bit more time for talking before riders started to make their way home. All in all the day was a success, blessed with great weather, good roads to ride and kindred spirits to share them with. 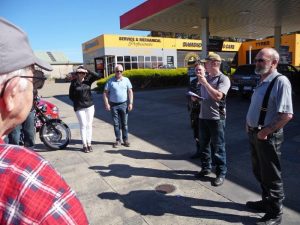 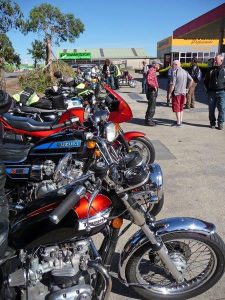 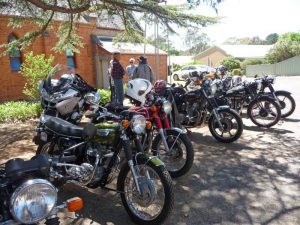 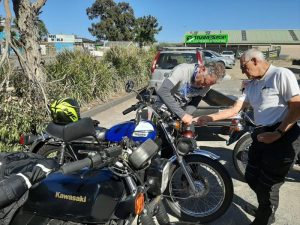 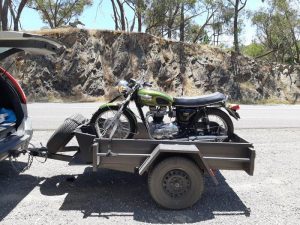 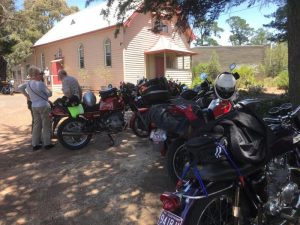 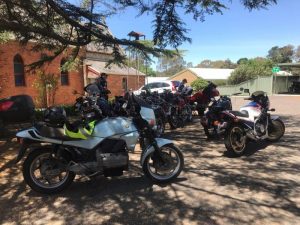 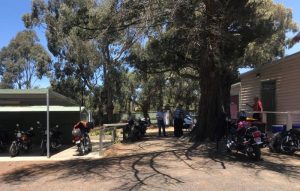 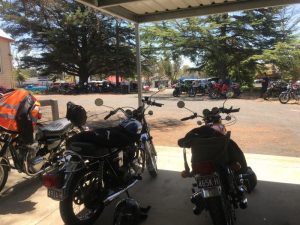 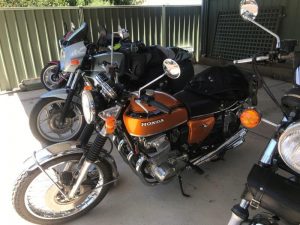 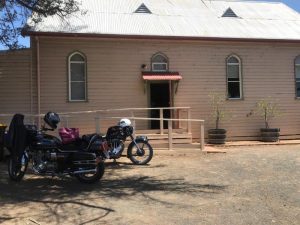 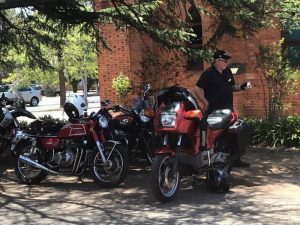 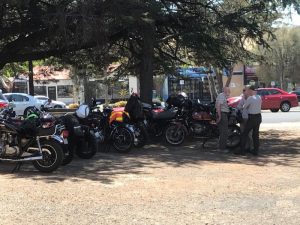