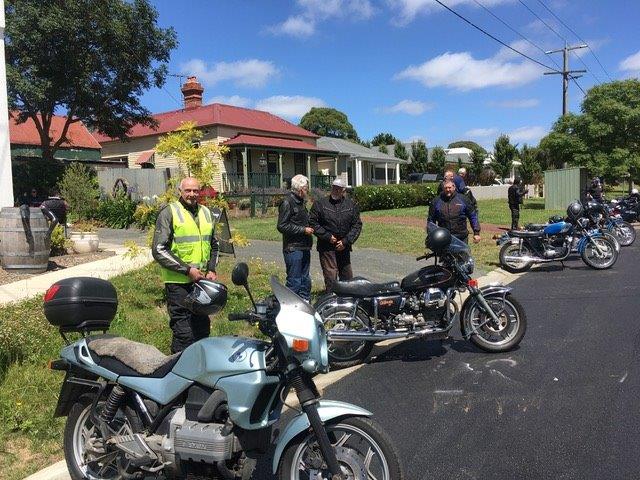 After some disappointment that Geelong’s 1st Sunday ride was “blown out the water” on the 3rd due to lousy weather, it was good to see a very good turnout yesterday.

Decision was made to go a bit further than normal and head out through Anakie and the Brisbane Ranges to end up in Mt Edgerton and Gordon for morning coffee. The weather was great for motorcycling – being fairly crisp and sunny. The older machines sounded great – especially I have to say the two Triumph Tigers, which turn 50 next year.(We are going to hold a  50th birthday party)!

Through the Barrabool Hills as usual to Merrawarp Rd, past Dog Rocks and Batesford followed by a regroup at Anakie. Good corner marshaling all the way. Then a climb through the hills and out onto the Ballan Rd from which we turned left after Fiskville to take us to Mt Edgerton and Gordon. It has been a while since we have been through Gordon and we had forgotten how nice it is.  Found a lovely coffee/food stop in the Gordon Bleu cafe who looked after us well.

After the stop Nick Oakley knew the road better and took us along a very interesting back road  from Mt Edgerton through Bungal and Morrison’s to Meredith. Lots and lots of new wind turbines right next to the road since the last visit made for impressive sights. They are huge when you are next to them!

After Meredith Graeme broke off to visit a relative and Nick, Mark and Mal went their way. The rest had a fairly straight run into Geelong. A pleasant ride  of some 200 kms was had by all with good fellowship. 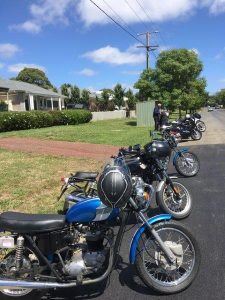 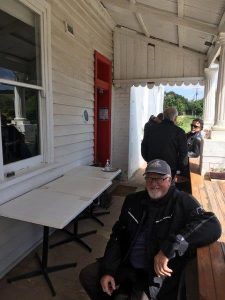