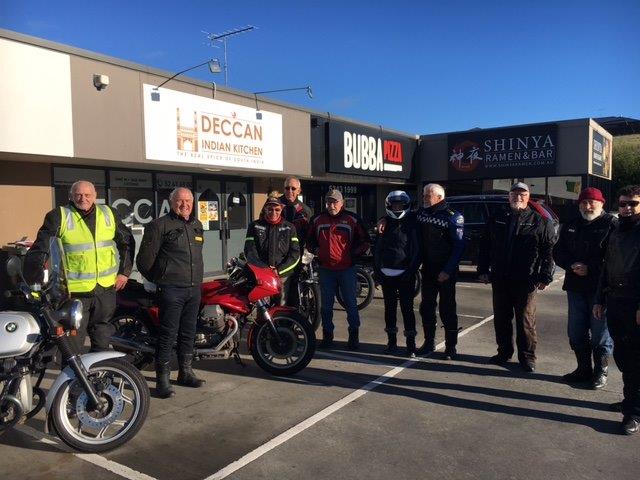 Rod Dutton offered to lead ride for the day, Rod never disappoints with an interesting ride on some of those local roads less travelled even by us between Staughton Vale and Little River.

We headed out though our usual route, Barrabool Hills, Teesdale, Bannockburn, Maude, Anakie, Staughton Vale and on to the tiny Little River township.

A phone call the night confirmed the service station/post office general store sold coffee and a variety of hot food and cakes and had some seating available.

The town has been the location for filming a number of films and Australian dramas, We can be heroes: Finding the Australian of The Year and Angry Boys. and “Blue Healers”

It was also featured in the Film Mad Max.

Thank you to Graeme Wilson for Tail End Charlie duties.  (Great to have you back Graeme after you Lockdown in Melbourne) 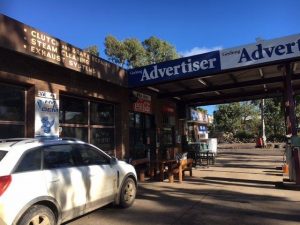 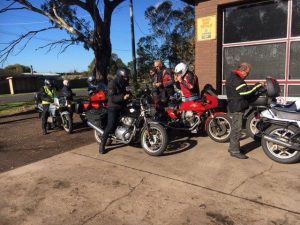