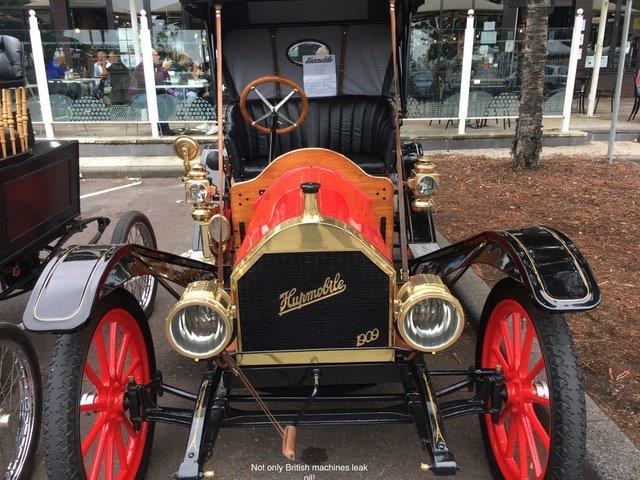 The plan was to spend the morning at the GEELONG REVIVAL (better known as The Geelong Speed Trails). Sadly the day turned out somewhat wet which reduced the numbers, but the usual stalwarts turned out. We were impressed that Graeme Wilson made it in the rain all the way from Altona!

The crew set off on a fairly short ride down towards Mt Duneed, then 13th Beach and Barwon Heads.  We then hooked up with John Palmer waiting in Drysdale where it was decided to have a coffee to regale us before heading to the speed trails.

The weather cleared up somewhat and the racing was still underway. Crowds were much less than previous years (and the number of entrants was probably less – not least because entry fee per start is $400! For a 20 second run)!

For those of us there we had a good look around and an enjoyable day. 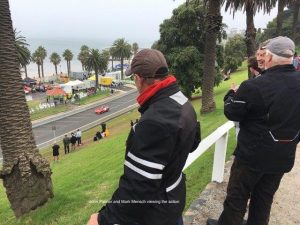 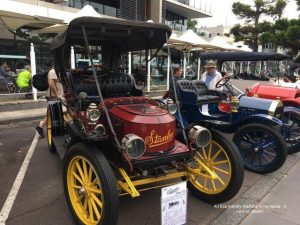 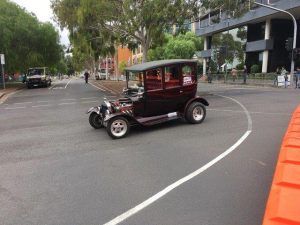