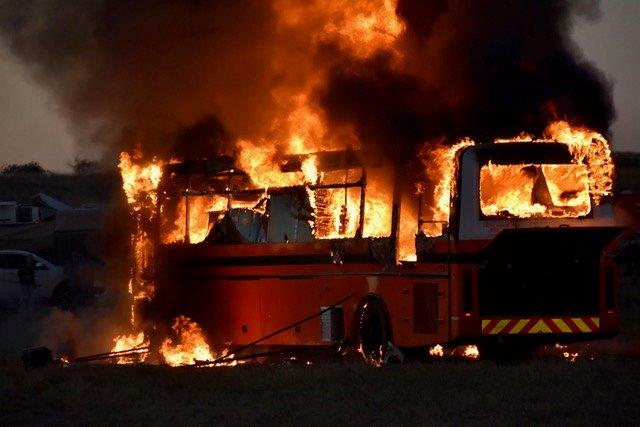 I think its finally getting to us – all this lockdown lethargy? Manifested in extreme amnesia by several members on what dawned as a beautiful Sunday morning for a ride weather wise.

Firstly after 7 months away enjoying the sublime climes of the Northern Territory and Western Australia and driving 25,000kms, I forgot the need to take any pictures of the ride – so you’ll  have to make do with some bike pics I took whilst away.  (I also threw in a photo of a bus – showing why it’s far safer to ride motorcycles than take public transport).

Secondly the illustrious Ron Study forgot entirely about daylight saving starting and turned up for the ride an hour late and well after  we had all departed. He missed a good ride entirely. Pity we don’t have a Sergeant at Arms taking notes of transgressions?

Then Mark Mensch forget to check he had air in his tyres, got as far as the exit ramp from the start point and also had to abandon the ride. He got his daughter to pick him up with a trailer.  Ron Study riding by discovered him at this point and stopped to console Mark. (Wasn’t Mark’s fault – he had a puncture. Probably because his rear tyre was pretty bald anyway)?

Oh, by the way the rest of us had a great ride in nice sunshine after some thick fog through the Barrabool Hills and Moriac followed  by a pleasant cruise down Cape Otway Road to Birregurra.  The people at The Meating Place Café looked after us very well. Maybe as Birregurra was pretty quiet and we were about the only customers for the day? We enjoyed the usual good fellowship for at least an hour and a half.

All up the excursion after returning to Geelong was about 120 Kms. I surprised myself that I could still ride after 7 months since throwing a leg over a saddle 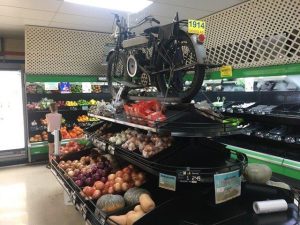 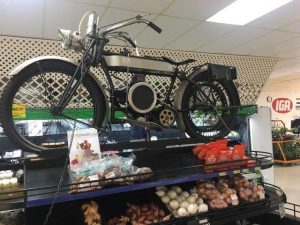 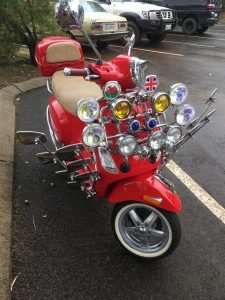