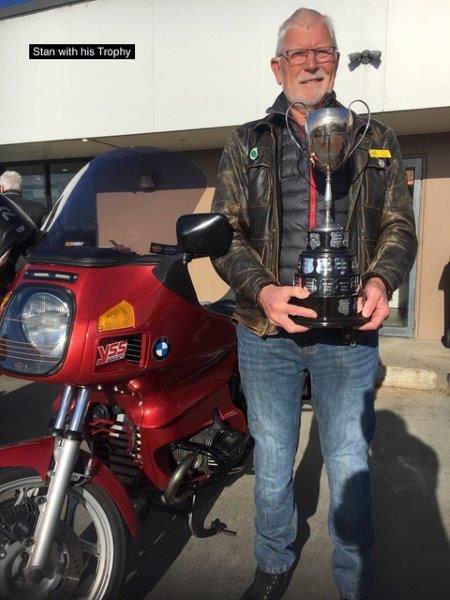 Despite being rather “crisp” it was nice and sunny on Sunday.  This probably was instrumental in a much better turnout than what I believe has been recent experience? Seven riders eager to go.  Why I say “believe” is that I have been overseas the last 3 months enjoying the sunny climes of Canada. (Believe it or not it was 31*C all last week in Vancouver)!

Ron Study agreed to lead fortunately because I was still suffering from jet lag, struggling to remember what side of the road to ride on and even how to ride a motorcycle?

Ron led a lovely ride through the Barrabool Hills, through Gheringhap and then to  the old gold mining town of Steiglitz. After Steiglitz some good twisty bit to Meredith and then towards Morrisons where we took a left turn on the Morrisons/Elaine road. A narrow, twisty  road on which we encountered about 30 Harley Davidsons (including 2 trikes) coming the other way. And they weren’t moving over much!

A good ride and fellowship followed at the Elaine General Store where we were well looked after with coffee and food.. Stan was presented with the revolving annual  Club  “ Captain’s Trophy “ by Ron – with which he is very chuffed. 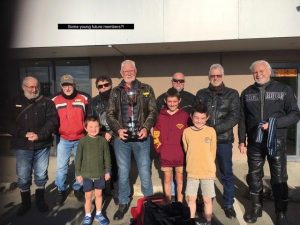 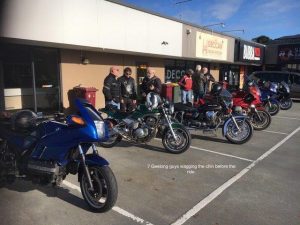