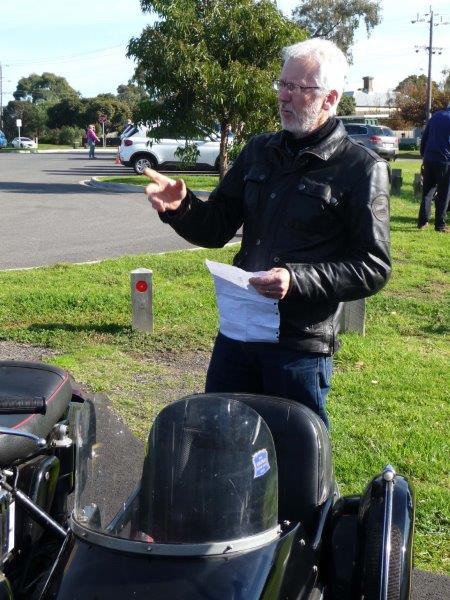 Lucky for us the temperatures began to moderate running up to the 23rd May and Geelong’s infamous yearly event, The Slow Lap around the Bellarine Peninsula. A special event allowing the faithful to enjoy a leisurely jaunt on their older steeds at a pace fitting the era.

This was a combined event for the Geelong and Melbourne riders. Ten Melbourne riders assembled at Laverton for a 9.30am departure and after a briefing by the ride leader Jimmy (Linton) we headed of for the meeting point at the Drysdale Historic Railway Station.

We rode out from Laverton in full sun and little wind with high expectations of a great day.

At a relaxed 80 kilometre per hour speed, our route would see us depart Drysdale station in an easterly direction towards Swan Bay Road, on through cattle farm country towards Queenscliff and Portarlington Road. Turning right onto Bluff Road that runs to Edwards Point along the water’s edge passing through St Leonards, Indented Heads and Portarlington Foreshore. Turning onto Collins Street, then onto Beacon Point Road to take in the view looking back over Geelong from Edgewater Drive. Our ride was coming to an end as we rode onto Bayshore drive, onto Jetty drive and back to the starting point at Drysdale Historic Railway Station.

Following the ride, a tasty BBQ and drinks provided the ideal atmosphere to mingle, catching up with old friends and enjoying the array of machines on display.  They ranged from Rod’s (Wright) 1942 Harley Davidson, the oldest machine on the ride to a number of moderns. It was a fitting tribute to the S.L.O.B run to see so many Red Plate Bikes. The motorcycle continues to evolve.

It was indeed a great day, but not without those who worked behind the scenes. A big thank you to Trish (Study) and all those who assisted with the BBQ and preparation. To Ron, thank you for a most enjoyable S.L.O.B, Graeme (Wilson) for fulfilling Tail End Charlie duties and Rod & Caz (Dutton) for leading the Melbourne riders back to the freeway via the scenic route.

The ride was supported with a backup trailer and just as well as Noel’s (Wills) ‘Mongrel’ didn’t quite make it to the finish line. Thank you to the backup trailer drivers 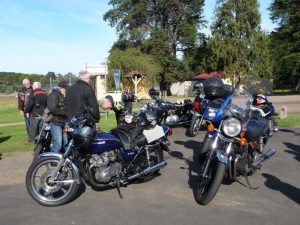 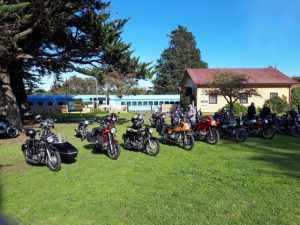 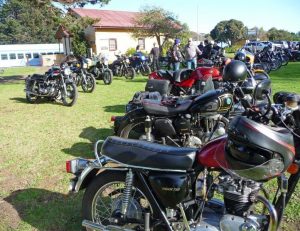 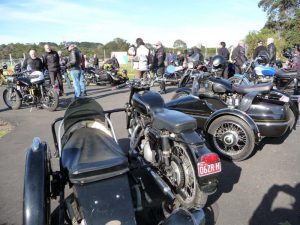 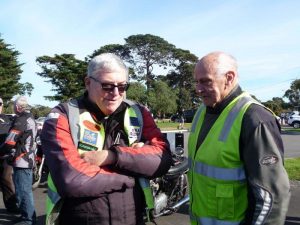 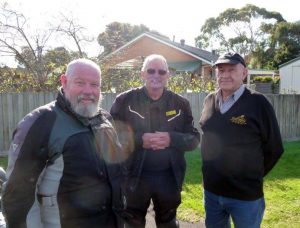 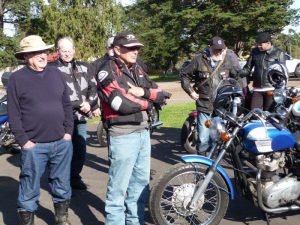