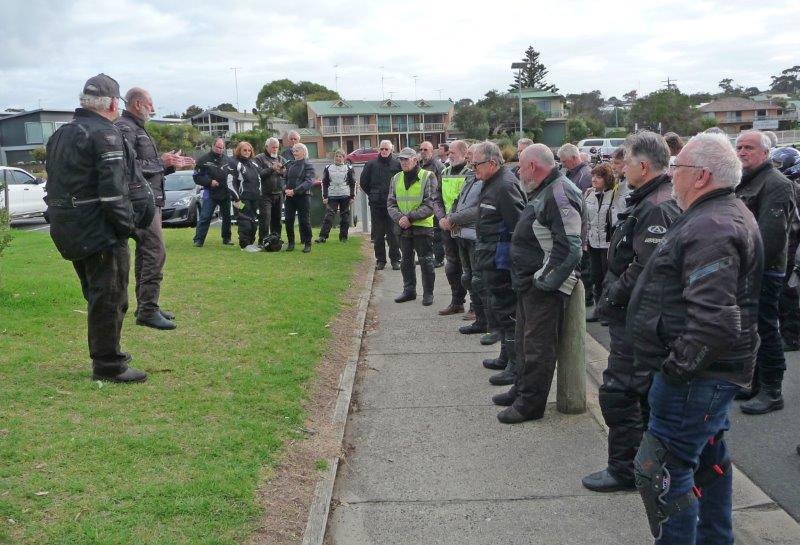 Well, let’s have a look at all the POSITIVE ASPECTS before the Banter….

Now for the Banter

A great Rally. Thank you to all those who organised, coordinated and sorted out any problems….. The Committee, Allan and Michelle Prentice, and all those who helped out. Not forgetting the back-up trailer team, who did a great job and will be mentioned in the Sunday Report. Finally, it was great to see members who drove down to be part of the Rally, Adrian, John, Keith and Val, David and Jenny along with our junior riders, Ed Sleightholm, Reg Hammond, Ian Snadden, John Best and Graham Boulter, always good to have you guys there.

It was 8.30 Sunday morning.  It’s wet, dark and not looking so great to be going for a ride.

Nevertheless, we had around 30 bikes, along with riders and pillions to match. We all received our normal briefing and then we were off.

Destination, Wonthaggi for lunch, we headed along the coast to Cape Paterson and after 21klms we were in Wonthaggi; luckily we were just passing through as the ride was to be 120klms. Drizzle and rain followed us for the first 40klms or so, after that we stayed somewhat dry under a cloudy sky.

We had a great ride across the countryside, up & down the endless hills and twists, on roads with almost no traffic and views that were never ending. We travelled through a number of hamlets dotted around the place.

One of these little hamlets goes by the name of Kernot, it has a sharp left hander and we didn’t all negotiate this turn as we would have liked, I being one of them however, a couple of riders who I won’t name. John Mannu and Mike Walker totally overshot the corner and went onto the grass and what not. Well done guys for staying upright and in the saddle.

Another rider who I won’t name was riding quite sedately all day. Not sure if this was because the roads were wet or it was due to the fact he was riding an unfamiliar bike that Allan Prentice had lent him, or perhaps he was just looking for his starter button that he had lost the day before. Did you find it Keith?

It was 11.30 when we arrived back at Wonthaggi coal mine for lunch, by this time the sun had decided to come out. It was great to see we still had most of the rally participants joining in for the Sunday lunch.

A great BBQ lunch was provided with the food ready and waiting for us when we arrived from our ride.

A big thank you to Clinton (Sav) & Kieria Sanderson, Peter Cullen and Michelle Prentice for all the work they put into providing a superb lunch.

Thank you also to Tom & Geraldine Prentice for following all of us around all weekend with the backup trailer. I am sure Frank and Pam are very grateful.

Last but not least, Thank you Allan Prentice, what a great rally (third time lucky). 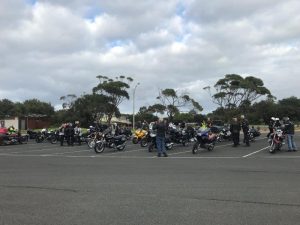 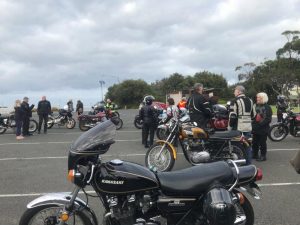 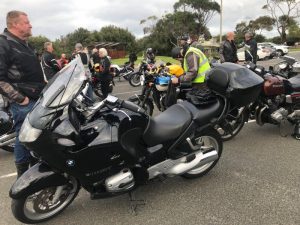 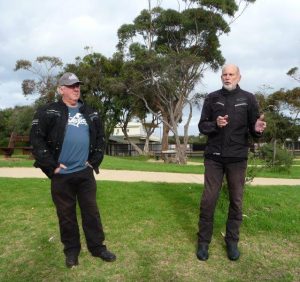 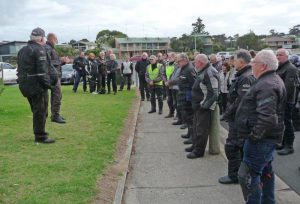 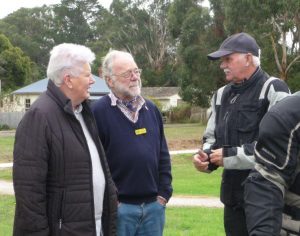 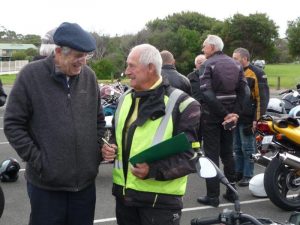 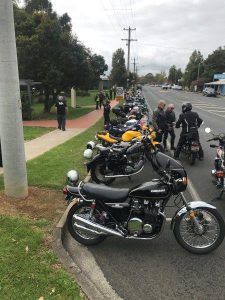 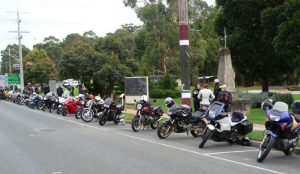 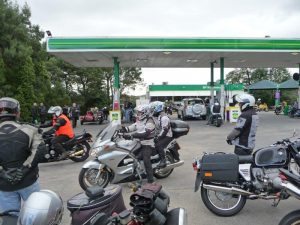 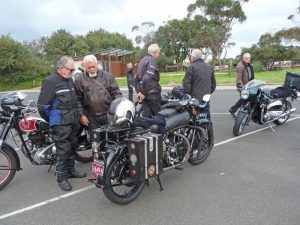 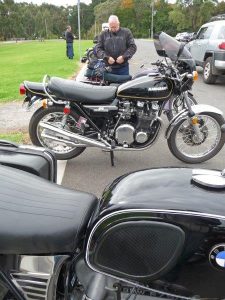 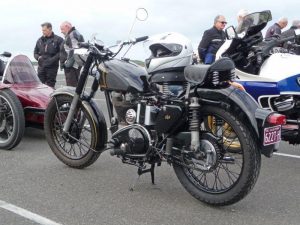 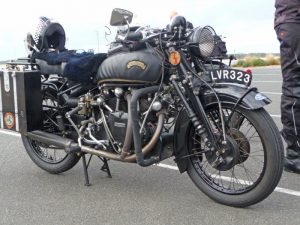