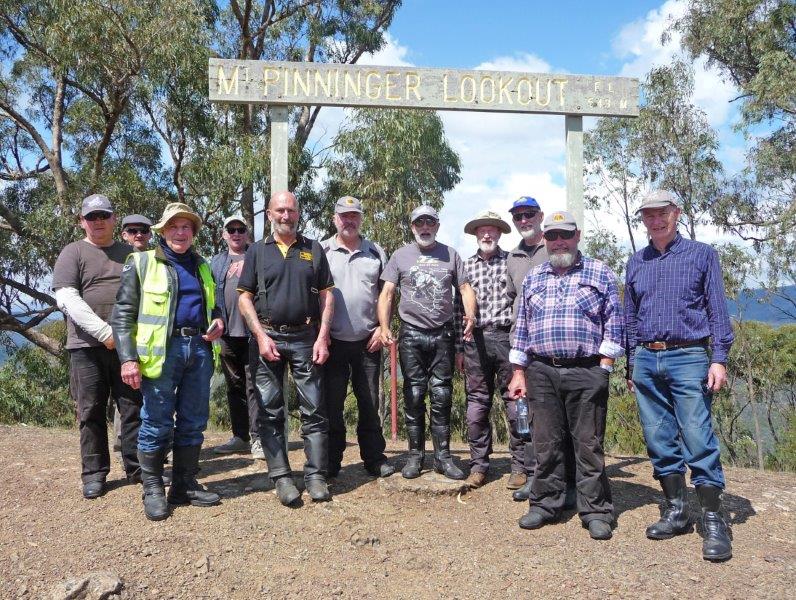 All riders assembled at the Coles Express Lilydale for a 9am start. We had 19 members and one guest (Geoff Walker aka “ballast” for Glenn’s “OUTFIT”) and by no means a token female member, Meg McLennan. Richard (Sommerville) was Ride Leader with Marty (Goodwin) as TEC.

The weather was overcast but on the improve. Our pre-ride briefing included the usual ride instructions and buddies were chosen. However, it was with some concern that our President Ian Snadden announced that due to some minor weather events the Ride Leader and himself were not able to reconnoitre the overnight sleeping accommodation! With the hindsight of youth on our side, undaunted we accepted the challenge.

First stop was to be Yea for morning tea. The ride took us via the Maroondah Hwy to Healesville, Myers Creek Rd to Toolangi, Melba Hwy to Glenburn, Break’O’Day Rd to Flowerdale and Whittlesea-Yea Rd to Yea. The long weekend found lots of bikes, cars and people at Yea’s Café’s. The weather improved greatly though with no clouds to speak of and the temperature about 20o.

After morning tea, it was off to lunch at Mansfield. We went via the Goulburn Valley Hwy to Yark, then the Maroondah Hwy to Merton Racecourse. We stopped at the racecourse for both a toilet break and to welcome Bill Garner to our happy throng. Then it was back on the bikes along the Maroondah Hwy to Bonnie Doon (feel the serenity with no water to speak of under the bridge) then to Mansfield. Once again full of bikes, cars, people and this time the Police.

We parked our bikes on the eastern end of town at Mansfield Botanic Park, then did a short walk back into town for lunch. After lunch, off to Jamieson via (C320) Chenery St, Malcom St, but not before a quick petrol stop. We then followed Mansfield – Woods Point Road to Jamieson, with a good side trip to Goughs Bay and a great view of Lake Eildon and surrounding hills.

We arrived at the Jamieson Courthouse Hotel about mid to late afternoon, “all very thirsty” and looking for a drink. No incidents to report on the ride, although a small group did push on for a few ks past Jamieson before realising they had missed, or dare we say it, someone failed to mark the last corner into town. With a quick ‘u’ turn done the last of the riders pulled into the pub in good spirits for a well earnt couple of beers while checking in.

The Publican opened the rear gate to the property so that we could keep our bikes safe overnight. The Court House Hotel is a two-story building with about 20-25 rooms, all with ensuites. Lets say the painter/decorator was not looking for another job. However, everything was OK for a “one night stand”. The meals, beer and camaraderie were first class.

Sunday breakfast was at a café two doors away. It was most pleasant sitting outside under the large trees. The service and meals were excellent, even though some members, including the President arrived at 7.30 for an 8am booking. With the staff not at work yet the owner was under the pump from that start.

After breakfast we took a short stroll to check out the caravan park on the Jamieson River. The river was very dirty due to heavy rains that had brought a lot of run off from the recent fires in Victoria. The quality of the water was so bad that the towns folk could not use it  for their water supply and would not be drinkable for several years while the vegetation regrows.

Just prior to the start of our Sunday ride at the marshalling yard at the rear of the pub our President’s BMW’s centre stand spring decided to snap. Well, help came from the “oldest bike” in our fleet, John Mannu’s 1950 Matchless!! That was due to John’s Matchless behaving faultlessly, so he had no need for the cable ties he carried with him. We left Jamieson about 9.30 and headed to Eildon for morning tea via the Eildon-Jamieson Road passing the Jamieson Brewery (maybe next trip), and stopping briefly at a scenic lookout overlooking Lake Eildon – just brilliant scenery.

A word about the Eildon – Jamieson Road. This road must be right up there with the best riding road in Victoria, maybe Australia. It’s just paradise. There’s hardly a straight section for about 30 – 40 k’s and it’s well maintained.

We then followed the Goulburn Valley Hwy to the Eildon Bakery Café, where once again bikes, cars and people everywhere. After lunch some bikes filled up with petrol.

I now had a need to ask for some cable ties most embarrassingly from John Mannu, who had brought them to maintain his “Matchless”. However, instead the cable ties kept a BMW (1974) and a Triumph (2017) going!

After morning tea we set off to our usual ride finish at the Beechworth Bakery Healesville via a small deviation to take in the views from the Mount Pinninger Lookout. Then we returned to the Goulburn Valley Hwy , Taggerty -Thornton Rd to Taggerty & finally Maroondah Hwy through the Black Spur.

Well done to all those who were involved, especially our ride leader, Richard Somerville. 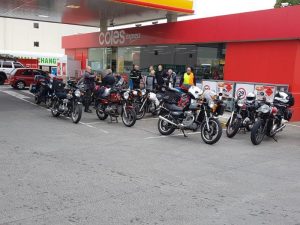 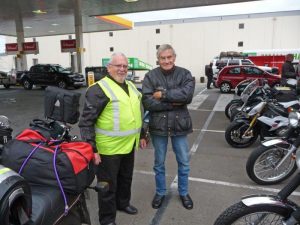 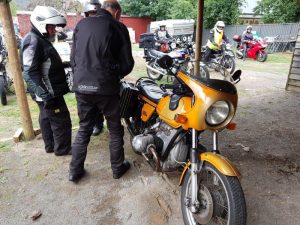 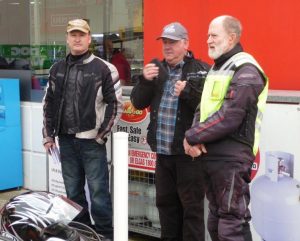 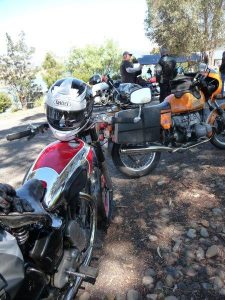 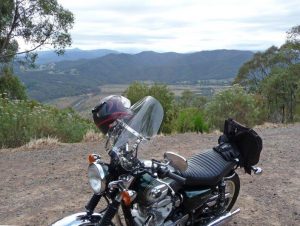 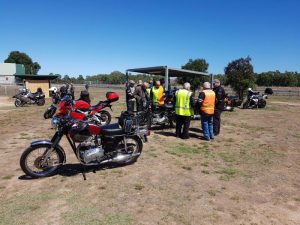 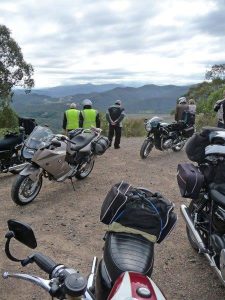