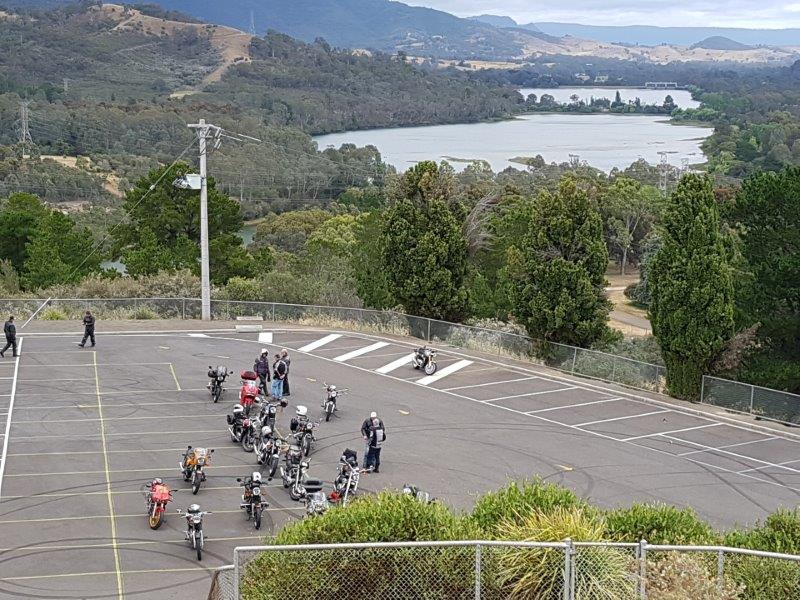 This was another well-planned ride by Mike Walker.

16 fellow adventurers gathered at Chirnside Park buoyed with anticipation for the days ride and our first coffee.

It was at this point I was elevated to the prestige position of Scribe, with Ian Snadden as TEC.

So under overcast skies we left Chirnside Park and headed towards our morning stop at Yea via Yarra Glen, Glenburn and Flowerdale. This “backway” to Yea is very scenic from the vineyards to the rolling hills and excellent country roads.

We arrived at Yea still with overcast skies.

Yea is always a great place to stop for the number of café’s and a picturesque main street.

After coffee, tea, cake and camaraderie we headed off to lunch at Eildon via Molesworth and a “hidden valley” along the Whanregarwen Road to Alexandra.

From Alexandra we headed easterly on the Ut Creek and Skyline Roads to Eildon.

The Skyline Road is aptly named as we stopped and took in the magnificent views of the mountain ranges and Lake Eildon, an early highlight of the trip.

After more coffee, tea, sandwiches and camaraderie we rode along the dam wall to a lookout with magnificent views of Lake Eildon and the Goulburn River to the south west.

We then headed off to Buxton for a fuel stop via Thornton and Taggerty, another beautiful part of the world.

From Buxton then to the conclusion of our ride at Healesville Beechworth Bakery via the “Black Spur”.

This was where we appreciated the total professionalism of our ride leader by organizing “no” traffic through the entire length of the Black Spur.

I even overheard “Regalia” Reg say he felt like he was twenty years old again.

This ride just confirms how lucky we are to be close to some of the best riding county in Victoria.

P.S.  We were also graced by a member of the Honda Racing Team aka Janet Walker.  Thank you Janet for your participation which lifted the whole tenor of the day. 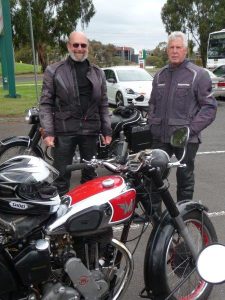 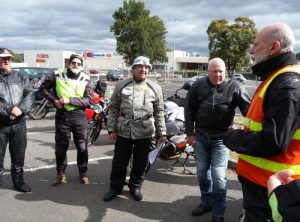 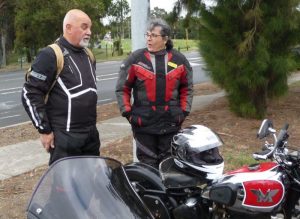 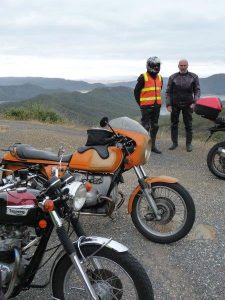 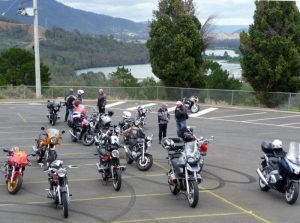 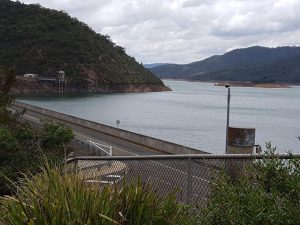 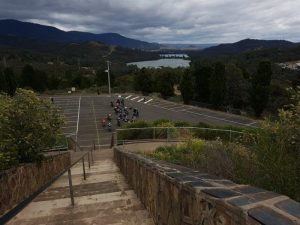 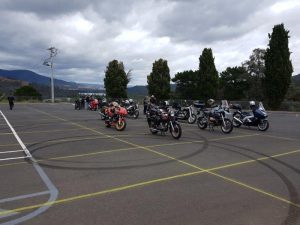 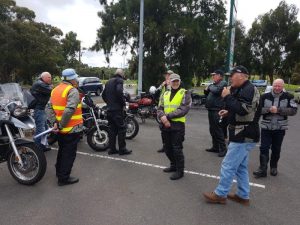 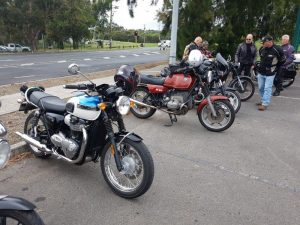 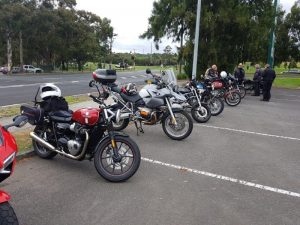 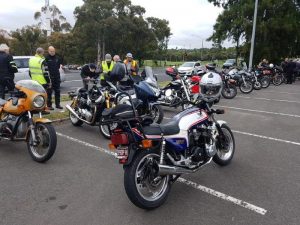