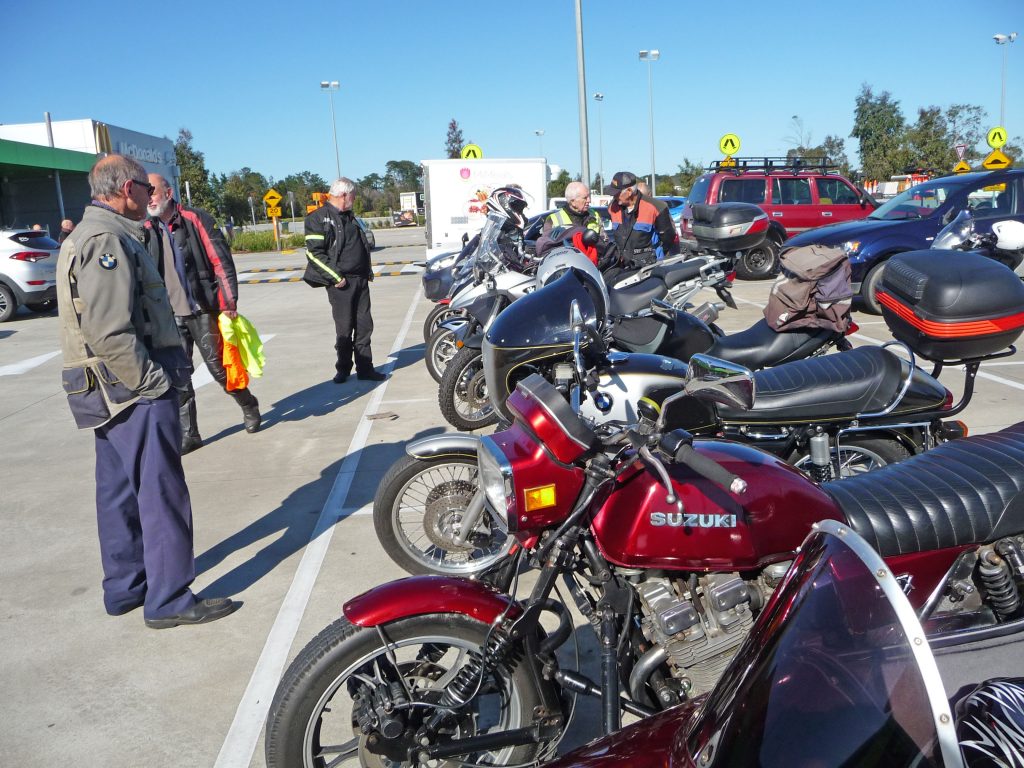 Since John Best was the ride leader I knew that he would have done his homework and there would not be so much as a hesitation at an intersection and the weather would be perfect. I was not disappointed. Sixteen of us met at the BP servo  just off the Princes Freeway at Baxter. A very good spot actually to start for a journey anywhere to the Peninsula. From Bayside it was an easy 34 k’s but a few, like Mike and Janet travelled twice that distance to start with us. I know now, that unless I want to be severely embarrassed on a Classic ride, I need to make sure I park my bike as far away from David McLennan’s, Colin Borthwick’s, or Richard Fanning’s bike, as possible. Colin and Richard were not on that ride, but I was still blinded once again by David’s Triumph!

John warned us about the speed cameras under the first bridge, or was it the second bridge – not to worry, I was watching the speedo as I have collected plenty of points  over the last 12 months. We took off via Tuerong, Merricks North, through Red Hill,back to Merricks North and on to the Hastings Harbour for a morning coffee. I think the staff were a little overwhelmed by the sudden arrival of our group, but eventually everyone  had something to eat and drink.

We then travelled south west through Red Hill ,Main Ridge, Boneo and down to Cape Shanck and for some, a quick visit to the beach and the ability to enjoy a superb view . On our way along Shoreham Rd we were sharing the road with a large construction truck who was particularly courteous and on two occasions got off the road to allow us to ride together. Not often do we get such consideration. I had a feeling the driver was pretty darn impressed with the way our tail end Charlie [ Ian Snadden] was riding his outfit.  When we took off towards our lunch spot via Flinders  I was really appreciating the delightful scenery, the healthy green paddocks and the lack of  shadows being cast by the trees earlier in the ride. Another stop at the lookout to the beach at Flinders and then a short ride to Balnarring for lunch. The Village People café were used to a volume of patrons and lunch in the sun was simply delightful. The ride was a bit shorter than others and many of the roads were 80 k speed limits but very relaxing and enjoyable perhaps because of this fact . Half the bikes on the ride were manufactured before 1993. Good to see the Classic’s. 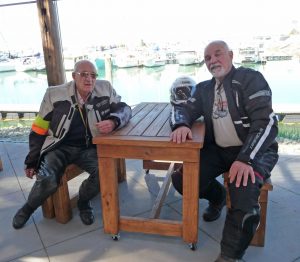 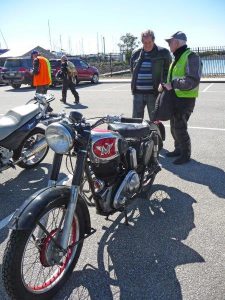 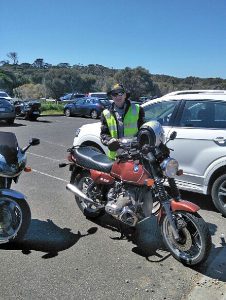 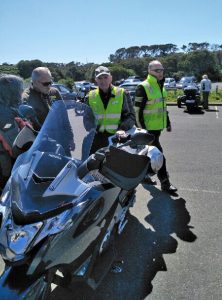 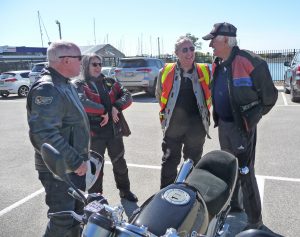 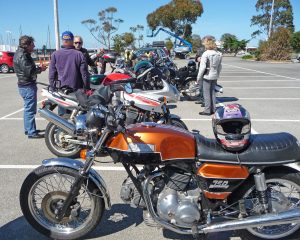