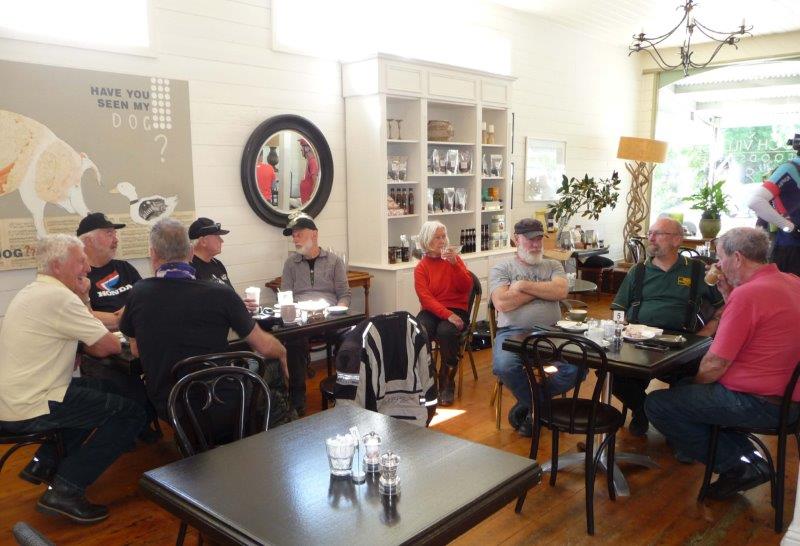 This Tuesday morning looked sunny and promising, especially after recent weeks of rain and gales. Vicki and I negotiated 70 km of frequently heavy traffic to arrive at Tooradin a bit late during Terry’s briefing. He promised us all an extensive tour of South Gippsland with morning tea at Loch followed by lunch at Inverloch.
Terry led us on a short blast along the highway before turning into the attractive motorcycling country towards Nyora and Poowong. We enjoyed the numerous bends and the greenery and scenery, if as a rider you had time to take a look. Arriving at Loch in bright sunshine we parked in the shade of trees before walking across the road to the cafe for coffees and chatting. In recent years Loch has become a popular spot to visit.
The day was rapidly warming as we left Loch for a circuitous tour of the countryside on the way to Inverloch. The roads were generally quiet but the occasional sudden appearance of an oncoming truck on a blind corner was a reminder that these were rural working roads, not just entertainment for motorcyclists. Heading south and approaching Inverloch the distant sea came frequently into view.
Inverloch was quiet with several businesses shut but we found a bakery for lunch and then various shady spots to sit.
Terry promised even more bendy country roads after lunch which we enjoyed on our way back to the Gurdies for the end of the ride. On the way Paul Clayton had to stop with a soft back tyre but made it home ok after some inflation with David’s pump.
Thanks Terry for good day out in good company among the best biking roads that Gippsland has to offer, and thanks Tom for being TEC.
John Best. 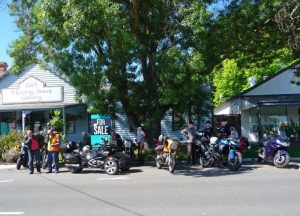