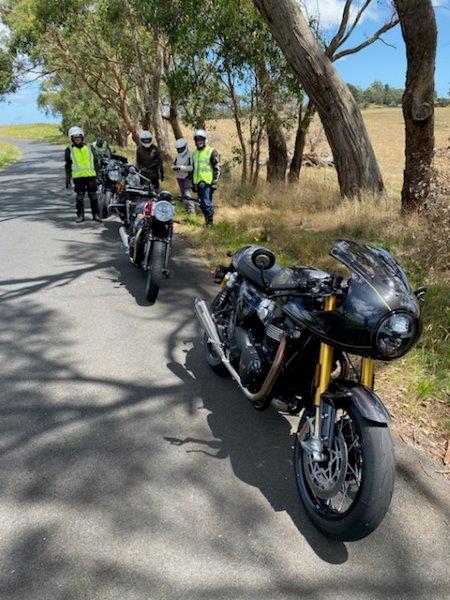 To be a motorcyclist is to have a greater than average interest in the weather forecast. Choosing the wrong combination of riding gear for the day can be uncomfortable. It was 11C overnight and a forecast high of 21C for this day, so trying to put out of my mind the recent very hot weather, I set off that morning with some cold weather kit on. It paid off – I enjoyed the ride out of town to the start at Tooradin in cool and sunny conditions, with the traffic density lessening the further I went.

It was good to meet the regulars at Tooradin. Paul was soon giving his briefing before leading us on a short blast along the highway, then turning at Lang Lang towards the network of  South Gippsland quiet backroads so suited to motorcycle riding. The countryside seemed relatively green, the dams full and the thousands of dairy cattle were chewing contentedly. The bends kept coming so there wasn’t much time to gaze at the scenery. Paul led us to the Bakery Cafe at Poowong who were expecting us so we were quickly served. We discussed the suicidal car driver who had overtaken our entire convoy at speed on the far side of the road and approaching the blind crest of a hill. But there were happier things to concentrate on and on my table I noticed that three of us had chosen the berry cheesecake option.

It was good to chat but soon time to go and crank the bikes around hundreds more corners on our way to Nyora, Krowera, and Wonthaggi. The A-grade views continued and just before descending from the hills towards Inverloch I thought I glimpsed the sea in the far distance. Passing the motel which the club has booked for next month’s Inverloch Rally, we had a fuel stop before riding the short distance to the large Inverloch bakery for lunch and chatting with mates.

There was more fun after lunch. Paul led us out of Inverloch with sea views to our left, then on to Cape Patterson, Wonthaggi, and the constant corners of Dalyston to Kernot. Somewhere here we became briefly separated into two groups but Paul quickly sorted it out. Later we made our different ways home well content with a great day out among the best motorcycling country South Gippsland has to offer. Thanks to Paul for organising it for us, and to Brian for riding TEC. Thanks David Gray for adding to the photography. 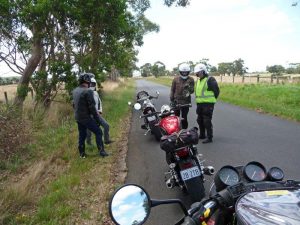 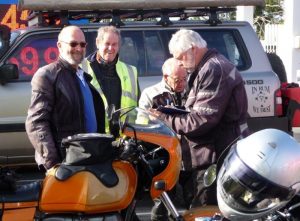 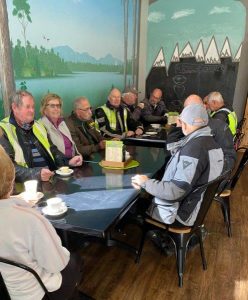 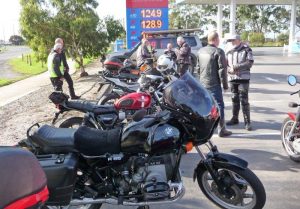