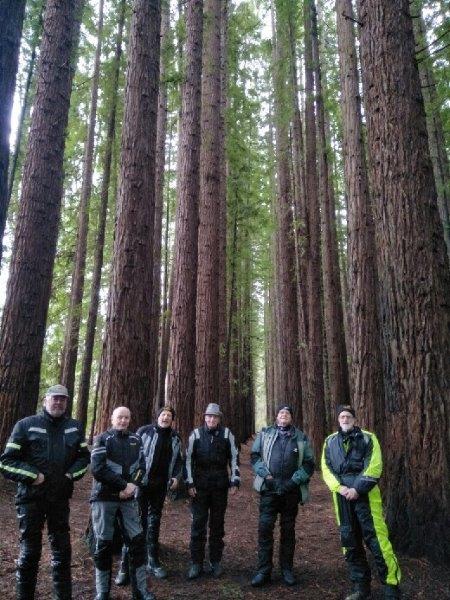 Nine brave souls assembled at Chirnside Park Shopping Centre for a 9-00 start with the threat of cold cold cold as it turned out the lowest temperature on my thermometer was around eight degrees and then up to ten or twelve degrees, pretty good I’d say. The day was billed as Classic Motorcycle suitable and six of the nine were indeed Red Plate bikes.

After a suitable briefing from our fearless ride leader Mike Walker we travelled the back way to Yarra Glen then to Healesville avoiding the main street Mike took us around the back only to get stuck by an automatic red light that went on for the usual inordinate amount of time, turning right in Healesville toward Melbourne then left through to the metropolis of Gruyere, it’s an oval and a dunny, we then headed for Sylvan for morning tea. Mike did say there was a small unmade road on our ride but the morning tea stop had its huge gates closed and padlocked we all pulled into the drive way which was mud all broke the ice with a bit of crud on our motorcycles so we went into Monbulk for morning tea the Coffee Shop people had a bit of a smile on their faces when nine people walked in. On our way there Mikes Triumph decided it was either the indicator or the motor but not both so failed to proceed at a T intersection, off with the indicators and the Triumph kick started back into life. It was probably the best and quickest fault diagnosis I’ve ever seen at least twenty seconds and we were on our way with the Lead rider giving hand signals. At morning tea Mike traced the fault to a broken wire and with the assistance nearby Bicycle shop all was repaired and onward we went.

We rode through Warburton East to the California Redwood Forest around ten minutes past Warburton and along a short dirt road, I had been told of this place around ten years ago it has always been on my radar and now was able to have a peek. Planted in 1930 as an experiment by the Board of Works as part of a Hydrology program it is now classified by the National Trust there are 1476 of these trees towering to around fifty metres above the ground all in rows, in a couple of hundred years they are expected to reach over 100 metres high, I’m going back then! Unfortunately someone put this little gem on Face-ache so now peak times are impossible as Joe Public uses the place as a toilet, however beyond that it’s quite remarkable. On arrival Mrs Walker or as we know Janet arrived in an SUV all was forgiven as there were a couple of Grand Children in tow.

After a short stop we all went back to Yarra Junction for lunch then dispersed in the general direction of Melbourne. I attempted to go home my usual very twisty way through Yellingbo, Olinda, Sassafras and the Basin back to Canterbury road forgetting about that monstrous storm up there a few weeks before and ended up blocked in with roads cut off everywhere a kind High- Viz guy told me how to get through which meant around ten or so kilometres of rather muddy firmly packed wonderful dirt road, well my motorcycle had mud on it from the first morning tea stop there was no traffic around so why not give it a bit of a squirt, ah dirt roads they were the days!

By time I arrived home I’d ticked over 250 kilometres a very enjoyable day out a although with a grubby motorcycle and only my second time on my bike since lockdown, message to self do this more often. A big thanks to Mike and to ‘Tail Gunner Charles’ Peter Hansen and finally the sounds from Greg’s Velocette, Peters and Richards BMWs a couple of Triumphs made the day even more pleasant. 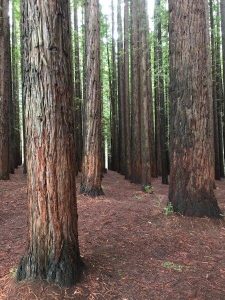 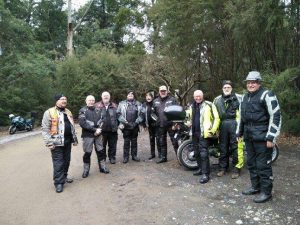