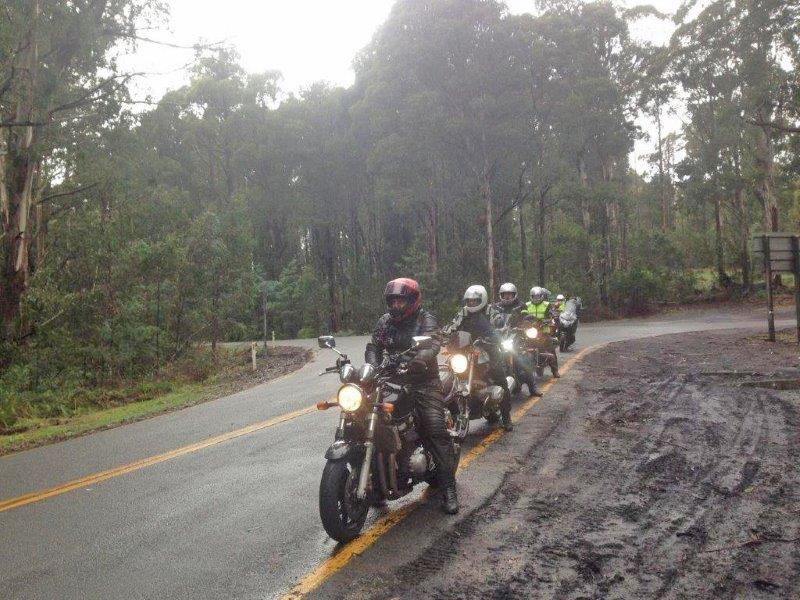 Rain, strong winds and low temperatures had been features of the previous 24 hours so it needed some optimism to set off to the start at Rowville. The sky was slowly clearing as Ride Leader Sam (his last as Club Captain) briefed us on the ride before leading us to the south-east through outer suburbs towards Cardinia Reservoir and Beaconsfield Upper. Already we were clear of any other traffic and the countryside was looking greener than it had done for many months – it was good to be out on the bike again.

We were soon enjoying the winding road to Gembrook and beyond to Warburton. It was cold but we were all dressed for that, nonetheless Warburton Bakery was a welcome sight. Coffee and food was served up efficiently, and we all chatted while overlooking the fast-flowing Yarra behind the Bakery.

Now for some serious motorcycling – the road to Reefton and Marysville. It hadn’t dried out yet and tree debris started to become frequent. Near Reefton evidence of the passing of a huge bushfire was all around us, the giant forest trees having been scorched from top to bottom. They had shed a carpet of dead leaves on the road so I was pleased I had relatively new tyres. The temperature had now sunk to about 3 degrees and low cloud was drifting down from the tree-tops. I wondered why someone had painted roadside rocks white before realising that they were clumps of snow. I slowed up even more.

Down the hill to Marysville it became drier and less cold, and we were soon warming up in the Bakery. Conversation around the table ranged across thermal underwear, Satellite navigation devices, fuel quality, carburettor tuning and fuel-to-air ratios.

Refreshed and informed we rode the Black Spur to Healesville where some of us paused for another cuppa while others chose to head home. Thanks Sam for a great last ride as Captain, and Greg for riding TEC. It had been a good day out. 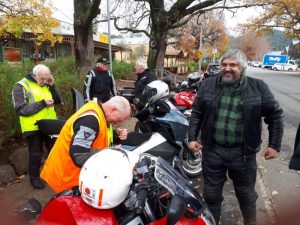 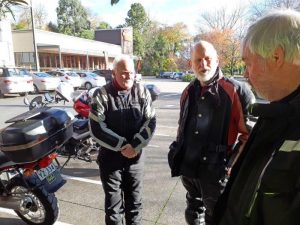 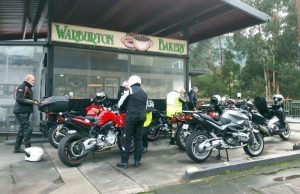 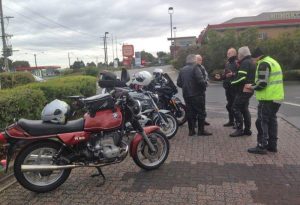 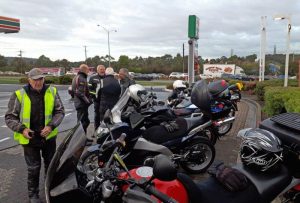