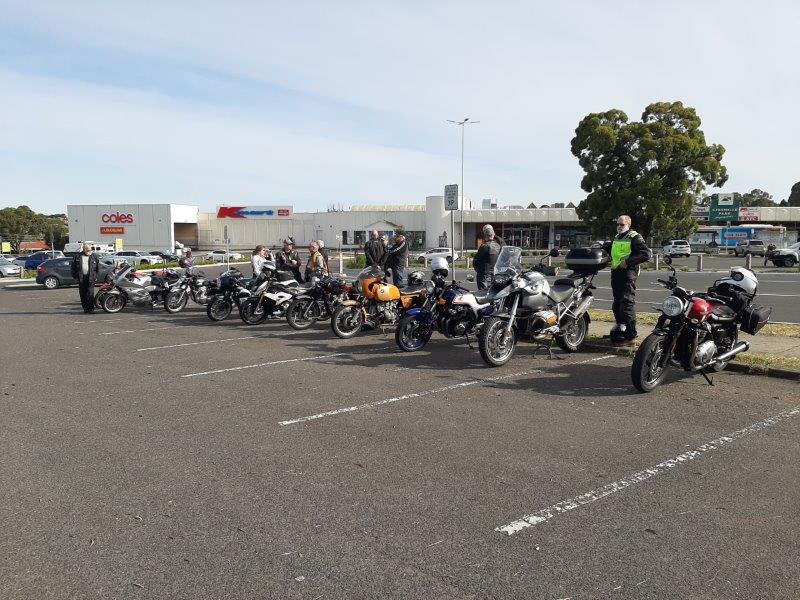 To paraphrase George Constanza, “Sunday rides are back baby!” With a few club rides already been held it was great that after nine insufferable months Melbourne based members finally had a Sunday ride to look forward to! And who better to lead the first Sunday ride since February than the Vice President, Graham Boulter.

The start for the ride was Chermside Park and with a long time between Sunday rides motorcycle started turning up well before the advised meet time of 0830. In all 15 bikes and their riders plus one pillion were ready for Graham’s pre ride brief.

From the start point the destination for the morning tea stop was Noojee. Not far from the start we did pick up one more bike with Gary Moore & Yolanda joining the group. The ride there was pretty uneventful as we made our way through the countryside under clear skies. At Noojee Graham led us to a roadside stop just beside the La Trobe River for the morning tea break. Being a self-catered ride, most people had remembered to bring food and drink, but fortunately for a couple that had missed the memo the local shops were close by.

From Noojee the ride made its way down through Neerim South. At a regroup point along the way we watched what appeared to be the entire population of Ford Mustangs in Australia go by. Literally scores of the new variant of this marque drove pass, which fortunately for us they were all heading in the opposite direction.

For lunch we stopped at Longwarry in the park directly opposite the pub. Although it was very tempting to wander over the road and have a counter meal and pot, we adhered to the spirit of self-catering and sat around the tables eating our sandwiches. During lunch Mike Walker presented the President with a trophy of a small kangaroo in recognition of his recent animal welfare work. For those who don’t know Snads  had a run in with a kangaroo on his property late last year. A female kangaroo took offence at him trying to free a young joey caught in his fence, appears she didn’t know Snads is a vegetarian! Undeterred by the several minutes of sustain attack, Snads successfully freed the joey prior to seeking medical assistance.

After lunch we mounted up and may the short ride to Nar Nar Goon where we said our farewells before heading home. Thanks to Graham for putting the ride together and Snads for being the TEC. 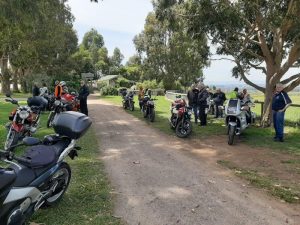 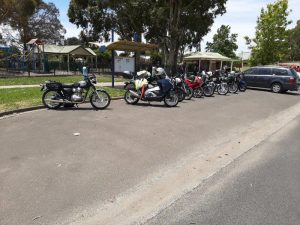 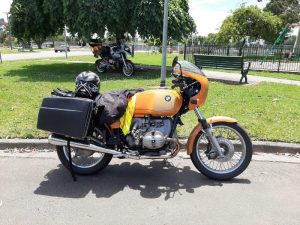