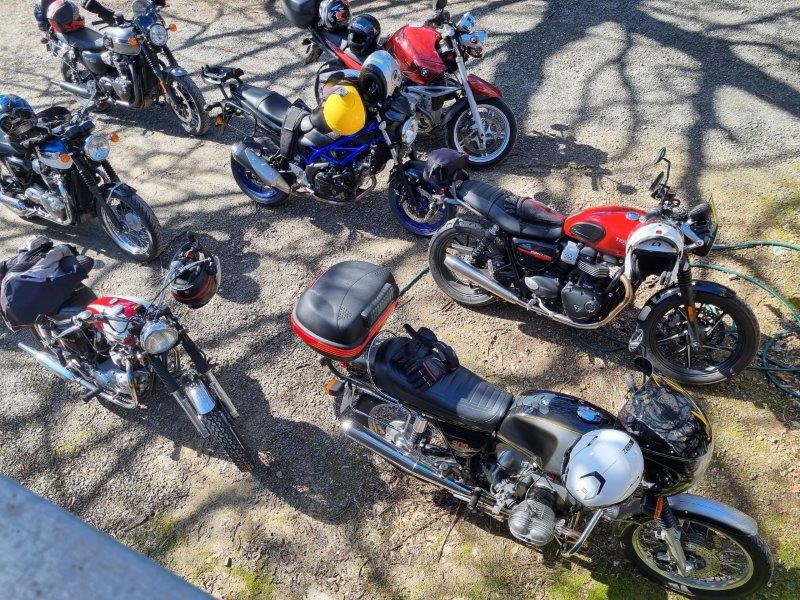 On our way to the start at Chirnside Park we coincidentally became part of a convoy – John and Ian were heading in the same direction at the same time. It was a cool day and sunny as Graham briefed us for the ride. At the previous General meeting describing the ride he had commented “… if you don’t like corners, better not come on this ride”. It soon became evident why he had said that, as he led us on an enjoyable gallop through the mostly quiet and very bendy minor roads to the east of the Silvan reservoir.

As I check Graham’s Google map record of the ride, I can see that we passed through Mt Evelyn, Seville, Yellingbo, Macclesfield, Nangana, Yellingbo again, Hoddles Creek, Gladysdale (Edna Everage?), and Millgrove to arrive at Warburton. Most of the roads were dry, but to add to the challenge, a few of the tightest corners were wet and had gravel or tree debris across them which only became visible after I had committed to my chosen line through. I enjoyed the ride through the forested countryside and found it required a higher than average degree of concentration.

Graham led us to the Three Sugars Cafe at Warburton where we jammed 14 bikes into the remaining parking space at the back of the cafe. Warburton is busy on a sunny Sunday. I can recommend the Three Sugars. Vicki and I had pumpkin and parmesan open pies and a slice of banana cake with coffee. The service was prompt, the food good quality and the pricing competitive. We all shared tables on the back deck and chatted in the sun. Very pleasant.

After lunch we went our separate ways home from Woori Yallock. Thanks Graham for leading the ride and Rob M. for being TEC. 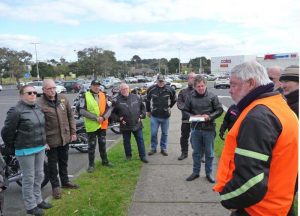 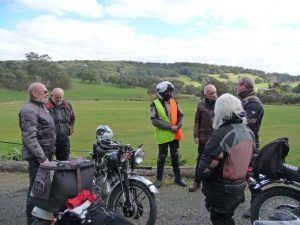