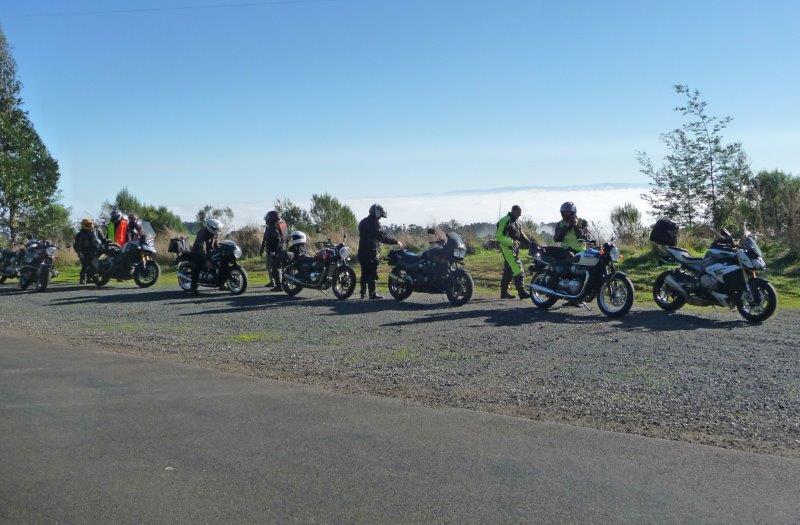 The day began overcast and coolish, which turned into heavy fog as we made our way through Drouin on our way to Seaview. I thought Allan from Wonthaggi was going to turn around and go home when he arrived at Officer, all cold and fogged out. After a coffee he was rearing to go again, but said we should not go via Mt Worth as it would be treacherous. I didn’t tell him we were, as I had forgotten we were.

From Drouin to Seaview the fog was that thick, that I needed my GPS to tell me when to turn as we could not see the road/street signs ahead. As we arrived at Mt Worth we broke through the cloud to see a vista of white all along the Gippsland valley, quite beautiful. A lovely sunny day ensued as we headed along some fabulous winding roads via Hallston and onto Mirboo North for morning tea, where we were joined by Val Smith, who had just finished compiling a CD with all her 50th Anniversary photos. A magnificent collection, well done Val.

Then on to Boolara,Yinnar,Thorpdale and Traflgar for a fuel stop. From Yarragon we took the long way back to Drouin, via Lardners Track, Burnt Store Road and Drouin South, were we had lunch at a nice little cafe, where we could all sit around one big table.

We took the usual route home from Drouin, via Longwarry, Bunyip, Garfield, Tynong and Nar Nar Goon where we said our goodbyes. A great day out, from my perspective.

I would like to thank Ian Snadden for tail end charlie duties and Graham Boulter for initial inspiration. Overall, I think it is easier to organise a trip around New Zealand than a Sunday club ride. Off course, if you know where you are going thats a different story. 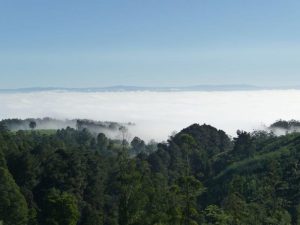