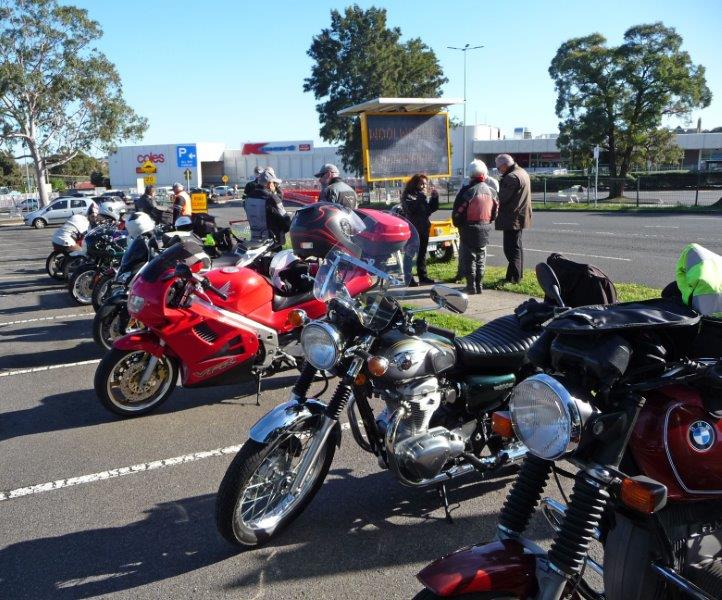 Walking out to the front garden in the cool of the early morning to collect the paper I was pleased to see a clear blue sky – the previous two days had been rainy. The sun was shining as we rode to the start at Chirnside Park where we met the other riders and pillion passengers. Richard Sommerville had ridden 112 km from home in Seymour to be on the ride – great effort Richard, if there was a ‘furthest distance travelled award’ you would have won it. We welcomed Ian Young to his first club ride.

This was Gary’s first time as Ride Leader and after his briefing he led us out to Jumping Creek Road and a circuit of Warrandyte, Kangaroo Ground, Panton Hill and Wattle Glen before heading east through Christmas Hills to Yarra Glen. The paddocks were the vivid green colour of early Spring, glistening in the morning sun, and fragrant wood smoke drifted over us from houses perched on hillsides. From Yarra Glen I think we headed south to Coldstream and Wandin areas (it’s all a bit of a blur and Gary’s map I have before me has lines all over it). But Gary knew where he was going!

Morning coffee was at Seville where some of us had the scones, jam and cream deal while for others it seemed to be an early lunch with pies. More good motorcycling roads followed lunch as Gary led us south to Macclesfield and Nangana with attractive scenery all around. Then it was north to Woori Yallock and the Koo Wee Rup Road through the forest to Healesville for lunch.

Sunday lunchtime at the Beechworth Bakery at Healesville is a busy time and we squeezed our bikes in among all the others. We sat outside near the fast-flowing Grace Burn Creek for a pleasant chat and more food – cool weather makes you hungry. I asked a couple of people at the table what had been the best part of the day for them. “ … the camaraderie of riding with fellow members”, and “… the open winding roads” were the responses, and that sums it up for me too.

Outside in the crowded car park a group of lady riders had arrived who were interested in the older bikes. I noticed Jamie’s Triumph was the centre of their attention as it idled in it’s characteristic British twin sort of way.

From Healesville we went our separate ways home. Thanks Gary for a great day out and leading your first ride for the club, and Jamie for riding TEC. 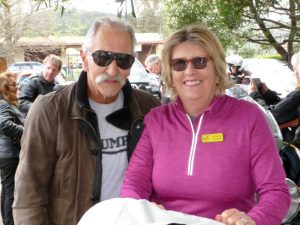 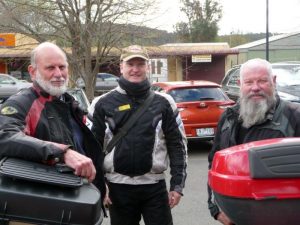 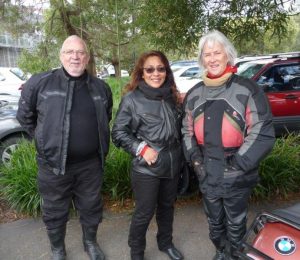